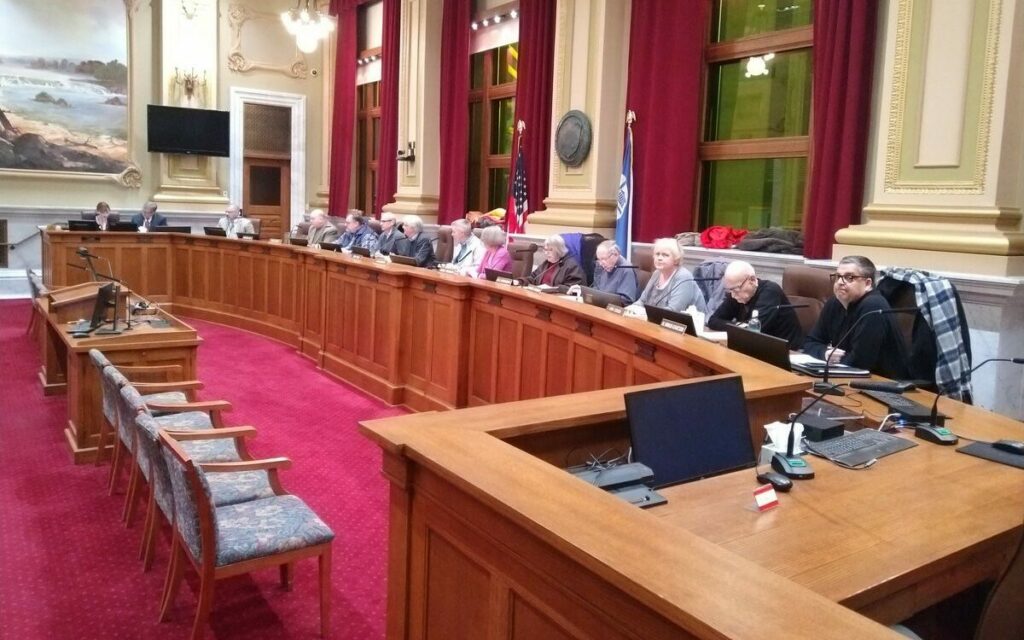 Under the Minnesota Constitution and state law enacted by the legislature, cities have the authority to adopt a home rule charter, which is essentially a local constitution. (For more background, here’s a great resource from Minnesota House Research.)

Fortunately for all of us, the Charter Commission isn’t the only group with the power to amend a home rule charter. In Minneapolis, a charter amendment may be proposed through:

Five charter amendment proposals are in the process of going to the November 2021 ballot in Minneapolis. One was initiated by citizen petition, three were initiated by the City Council, and one by the Charter Commission. The list of charter amendments and ballot language will be finalized this summer before voting starts in September.

Two proposed amendments call for transformational change to the city’s public safety system. One of the amendments was brought by a citizen petition and one was referred by the City Council. There are some similarities between the two, as well as some differences, which are described below.

This amendment was initiated through the work of grassroots leaders in our communities, known as Yes 4 Minneapolis, a Black-led coalition which includes TakeAction Minnesota. If this amendment is approved by a majority of voters in November, the Minneapolis Police Department (“MPD”) would be eliminated from the charter and replaced with a new Department of Public Safety (“DPS”).

Whereas nearly all public safety functions are now conducted by the MPD, this amendment would transform public safety from our current system of brute force, fear, and oppression, to one with a comprehensive public health approach. This would be achieved by changing the police-only public safety model required under the City Charter as it currently exists. Under the new system, fewer licensed police officers would be joined in the newly created DPS by mental health responders, substance abuse specialists, violence interrupters, and prevention specialists.

Another meaningful change would bring true accountability to public safety. Under the current City Charter, only the mayor has control over MPD’s policies and day-to-day operations. So when you hear the current mayor complain that he doesn’t have the tools he needs or that MPD has too many bosses, he’s lying to you. As things currently stand, the mayor (together with his appointed chief of police) are the two people with all the power.

Under the proposed amendment, the City Council would have oversight responsibilities over the newly created DPS, just as it currently has over all other departments within the city. Further, whereas the mayor now appoints the chief of police without input or approval from the City Council, under the proposed amendment, the mayor would nominate a commissioner to lead the newly created DPS and the council would confirm the commissioner.

It has always been the case that BIPOC communities have been disproportionately harmed by a police department that’s acted with impunity. The only way we can move away from violent policing to a model that envisions community safety through a public health lens is by starting from scratch. That is why TakeAction Minnesota strongly supports this amendment, and we urge you to vote YES.

A second proposed amendment to reenvision how we keep our communities safe, similar to the one discussed above, was brought by the City Council, led by three Councilmembers Cunningham, Fletcher, and Schroeder, all of whom are endorsed by TakeAction Minnesota for re-election.

Similar to the Yes 4 Minneapolis amendment, this proposal would also eliminate MPD from the charter and replace it with a newly created DPS. And similar to the Yes 4 Minneapolis amendment, this calls for a Commissioner, nominated by the mayor and confirmed by the City Council, to lead the department. Where this amendment differs, though, is that the Commissioner would appoint a Chief of Law Enforcement Services, who would report to the Commissioner. Another similarity between the amendments regards oversight and accountability, as this also gives the City Council oversight duties, which currently reside solely with the mayor.

This amendment is intended to expand and improve public safety in Minneapolis; improve transparency and accountability, and; allow Minneapolitans to have a voice in their public safety system.

There will be two rent stabilization charter amendments on the November ballot, both initiated by the City Council. The amendments were introduced by three councilmembers, including Jeremiah Ellison, who is endorsed by TakeAction Minnesota.

These two amendments are somewhat complicated to understand, so we’ll try to help make sense of them.

Under state law, a city like Minneapolis is precluded from enacting any law to control rents on private residential property except when approved in an election. Therefore, these two amendments will give voters the option to either:

Put another way, if voters approve one or both of these amendments on the November ballot, a rent stabilization ordinance will not go into effect. Rather, approval of one or both will simply allow either the voters of Minneapolis or the City Council to pursue such an ordinance.

As rents continue to rise, and more and more working families are being priced out of housing across the state, that alone is reason enough to support these amendments. But it’s also useful to look at who opposes these amendments to guide us. Property owners and their well-funded associations strongly oppose rent stabilization, as it actually places a check on their ability to run roughshod over actual and potential tenants. For these reasons, TakeAction Minnesota supports efforts to control rents in Minneapolis (as we do in Saint Paul), and we urge you to vote YES on these amendments.

This amendment was initiated by the unelected Charter Commission and would restructure the form of government to an “executive mayor-legislative council” system. It would grant the mayor more executive authority while directing the council to serve in legislative and oversight roles.

Under this amendment, the City Council would not be permitted to “usurp, invade or interfere with the mayor’s direction or supervision.” If the last 13 months have shown us anything, it’s that the mayor needs more oversight and accountability, not less, the latter of which the Charter Commission is trying to achieve. It is also worth noting that Minneapolis already has a strong-mayor system in place over the police department. The City’s legislative functions have been working with city councilors passing, often unanimously, nation-leading policies including paid sick days, $15 minimum wage, renter protections, climate action and more.