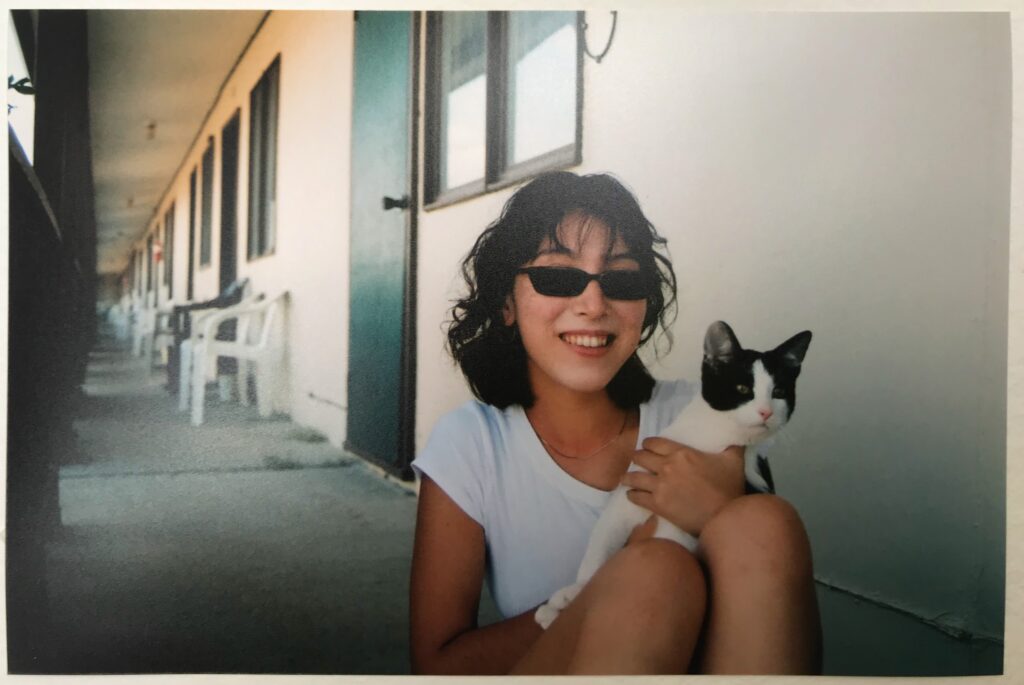 In early March, my friend and co-conspirator LyLy shared this article with me. When she sent it, six Asian women hadn’t yet been murdered in Atlanta. The historic white supremacy and racialized violence faced by Asian Americans didn’t seem to matter to anyone else yet, except for members of our own community.

After a lifetime of racial gaslighting, I struggle with the questions Asian Americans have wrestled with since white supremacy was used to divide us from our Black, Brown, and Indigenous siblings – Is what I’m experiencing really bad enough to say anything? Will anyone listen?

Even as I knew that the racialized violence against Asian Americans was nothing new (see also: the murder of Vincent Chin) – and that this violence is frequently enacted by the state, I still worried that speaking to my pain and the pain of my loved ones would distract from other issues.

I want everyone to be talking about the Line 3 pipeline and taking action to stop it. I want outrage over continued police violence at encampments, and support for our unhoused community members. And in the midst of Derek Chauvin’s trial, I want us to stand up against the systems that are structured to wield the kind of violence that took George Floyd’s life – and work towards meaningful justice by dismantling them.

The article that LyLy shared gave me clarity: Its author, Julie Ae Kim writes, “I had to learn that being an ally isn’t about silencing one’s own pain or grief, it is the recognition that our liberation is bound together. We must be able to show up as our full selves and speak out on our pain.”

I realized that speaking about my experiences isn’t a distraction – it gives voice to our shared oppression under white supremacy. It helps us stand together to fight against it.

After the shooting in Atlanta on March 16th, I worried that the media would distort the imperial, racialized violence that has always been a reality for Asians here and abroad into a blip, or a random crime wave.

Suddenly, we were inundated with hashtags like #StopAsianHate, and #NotYourModelMinority. These monikers made me uncomfortable, especially as they were rapidly paired with hate crime legislation that called for more policing, more surveillance, and more criminalization.

Along with the article, LyLy shared an invitation to a talk by Tamara K. Nopper on Black-Asian political solidarity. Nopper held space for the pain, grief, and rage that filled those hashtags. She also worried that our stories would be co-opted to justify more policing, at the expense of our Black and Brown community members, and prompted us to think about the kinds of solidarity and care that create holistic community safety beyond policing.

While I know that creating robust systems of safety that work for everyone will take incredible work and (re)imagination, I’m grateful and excited for my Minneapolis community, because we have a clear place to start together: the Yes 4 Minneapolis campaign.

The Minneapolis Police Department serves and protects white supremacy. As I hold space for my own grief, the grief of my AAPI loved ones, and the grief of my Black community members, I feel clear about my responsibility to create a better future that keeps all of us safe. I signed the Yes 4 Minneapolis people’s petition because the voters of Minneapolis have a right to work towards a system of community safety that serves and protects the people.

Our priority signature deadline is today. Stop by Moon Palace Books from 1-6 p.m. to sign the people’s petition.

Community members will have a final opportunity to sign the petition at the People’s Power Love Fest, this Sunday, April 4th at George Floyd Square. Join us there for a day of community celebration, action, and solidarity.