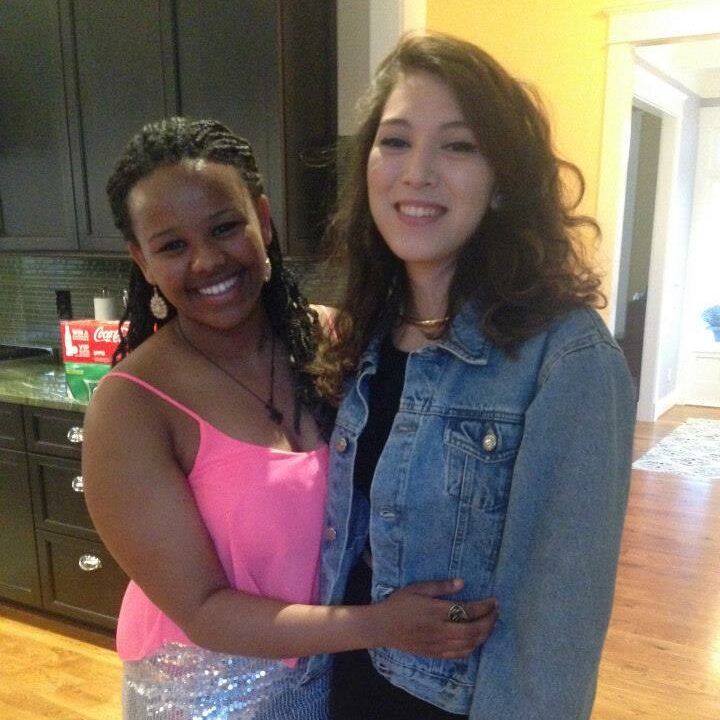 Last weekend I zoomed with old friends – two of the handful of women of color who attended our northern Virginia high school.  A huge part of our friendship has always been the years-old project of unpacking our experiences as “other” in that suffocatingly white, wealthy, liminal space. Now, more than ever, we need to support each other and connect.

That Sunday, we remembered our high school as the kind of place where students would proudly declare that we “weren’t like the rest of the state” (this statement that attempted to collectively absolve us of Virginia’s racist histories was always paired with a classist joke about whatever “the rest of the state” supposedly was like) and make casual jokes about lynching in the same day. I wish I was making this up, or being dramatic, or that that joke wasn’t one in a series of many that are still being made.

My dear friend Birdy asked us: what is giving you hope? And it was hard to say at first. We are exhausted by continuing to reach for hope, when everything at first feels hopeless without action from those in power – our elected officials who insist on waffling, enabling white supremacy, and even continuing to spread the conspiracy theories that helped fuel the violent insurrection on January 6th.

Most of us are clear in our collective understanding that law enforcement would have responded differently if those rioters were of color, Indigenous, or had disabilities. It follows that if the insurrectionists could be regarded as “other,” our leaders would tell us that we were a country at war, and take immediate action to protect our government and its citizens.

I am a pacifist to my core; violence should not be met with violence. But our collective failure to act swiftly and decisively disregards the urgent need to protect our most marginalized communities from continued violence. I feel like I’ve spent my whole life watching whiteness try and fail to confront itself and its power, stuck in a dizzying merry-go-round of cognitive dissonance. The passive cruelty and complicity of “we’re not like them,” cannot be sustained. Thoughts and prayers have never prevented gun violence, and they won’t eliminate or challenge white supremacy either.

All of that said! There are still things giving me hope. Among them are: Bree Newsome’s relentless honesty, SZA’s latest single, and the abundant hearts and minds of my loved ones. Most of all, I feel hopeful when I think about this: last Saturday morning, I and dozens of other Minnesotans chose to wake up in the cold dark and drive three hours to northern Minnesota to stand with water protectors in the fight to stop Line 3.

Line 3 feels like an amalgamation of all the continued injustice of our world; it violates treaty rights, threatens vulnerable communities with increased COVID-19 exposure and spread, exacerbates the already devastating statistics of MMIW, and its completion would single-handedly destroy our chances of a healthy climate future. This problem belongs to all of us, and we cannot continue to leave its solution solely in the hands of Indigenous leaders who face huge personal risk by fighting against it. We need to stand together with them.

Within minutes of our arrival at the Hill City Line 3 construction site (where an Enbridge contractor died just last month), dozens of police officers sped to meet us, telling us to disperse. We didn’t notice them at first; we were watching the ground be torn open, and pipe laid into it. The trees that day were covered in hoarfrost, and the violent destruction brought by Enbridge was brought into even starker contrast by the beautiful landscapes of northern Minnesota, and by the courage and community of water protectors.

The group I’d arrived with had decided that we could not collectively risk arrest that day, so we fell back down the road, and watched. I found hope in the hundred people who decided to stay and risk arrest, and I continue to hope because of the many, many more that I know will be moved to join them.

How are you plugging into the fight against Line 3? You can send donations to the frontlines and learn more about opportunities to get involved here. You can stay in the loop by following Giniw Collective, Honor the Earth, and MN350. You can sign up for phone and text banks to connect and spread the word throughout Minnesota.

As our community member, Priya, reminded us in a Line 3 Organizing meeting last week – “they can’t take all of us.” We need to stand together to Stop Line 3, and so we will. We need to stay hopeful to win, and so we are — and standing with others who are doing the right thing and making good history grows not only hope, but also strength. Hope is contagious and reminds us of our collective power to build the world we need and deserve.

How are you staying hopeful, and where are you finding your power? How do you advocate for the world you want to live in, and how can your community advocate with you? Send me an email. I would love to hear from you. Now, more than ever, we need all hands on deck. It’s going to be a long fight, but as my coworker LyLy reminded me last week – the revolution will be joyful, because it has to be. I find hope in that, too.