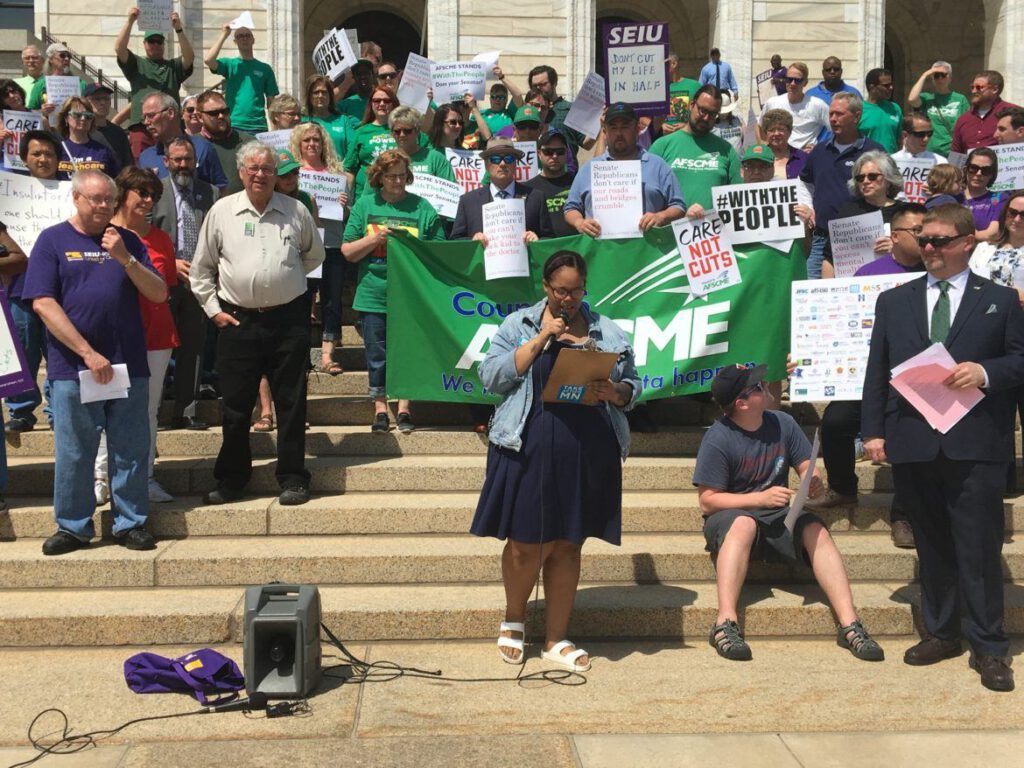 The 2019 legislative session ended early Saturday morning – just a few days late – after many sleepless nights. The bills haven’t been signed by the Governor yet (there are many pages to read for typos and poison pills), but I’m going to write this blog anyway.

First, I should say that every story is a matter of perspective. News headlines will tell session stories about political gridlock, “compromise,” and winners and losers.

That is not the story we care to tell.

Our story is about using our political imaginations and dreaming about what will be possible down the road in our state. Remember, the GOP state Senate only has a two-seat majority— and everyone is up for reelection next year. In the words of First Lady Gwen Walz, “We are coming for you.”

This year is only the beginning of a longer journey toward progress and liberation. The decisions made this session will greatly impact people’s lives, and it doesn’t end here.

Thank you to everyone activists, leaders, elected officials, and staff for your heart, effort, and commitment to dignity and justice.

Here’s the progress we made on our 2019 legislative priorities.

Want to make a difference? Become a member today.