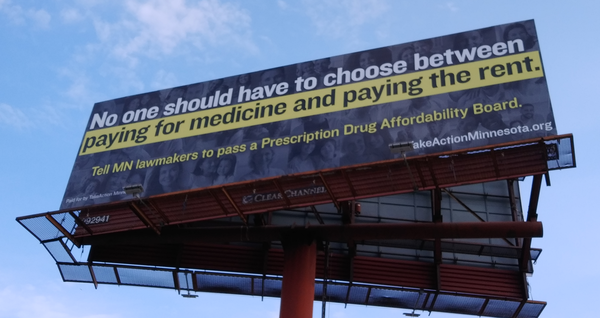 The Board was identified as a top solution to lower prescription drug costs made a bipartisan task force led by Attorney General Keith Ellison and co-chaired by Nicole Smith-Holt whose son, Alec Smith, passed away in 2018 because of the high cost of insulin. The Minnesota House passed the Prescription Drug Affordability Board in April. It will be considered in negotiations with the Senate.

“Minnesota families should not have to choose between paying for food and housing or paying for medicine they need to stay alive,” said TakeAction leader Carol White. “State Senators must listen to their constituents. Price-gouging of prescription drugs hurts all of us. Families are hurting.”