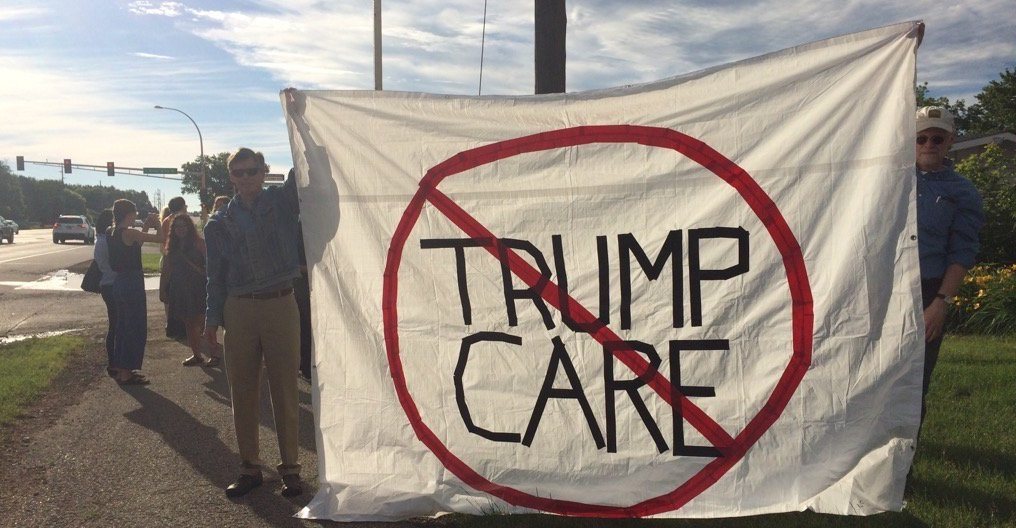 Republicans are still trying to repeal the ACA through the Texas v. US lawsuit

We believe that no matter where we live, what we look like, or what’s in our wallets, everyone deserves care, access to medicine, and the opportunity to live a good life.

Today, Republicans are still actively working to repeal the Affordable Care Act (ACA) through the Texas v. US lawsuit making its way to the Supreme Court.

TakeAction Minnesota has worked for over a decade on health care policy. We helped bring some of the best pieces of the Affordable Care Act into the state:

Right now, we have a choice not just on health care, but on the kind of government that we want.

As Minnesotans, we value good government. We believe that the role of our elected officials is to carry out the will of the people.

Let’s be clear: this lawsuit does absolutely nothing to help people or support the common good.

Instead of expanding public health care or reining in prices, Republicans have been working for years to repeal the ACA.

Before this lawsuit, Republicans and the Trump Administration made their values crystal clear in their 2017 budget: they slashed Medicaid funding to finance tax-breaks for billionaires and corporations.

While this lawsuit is fully owned by the GOP—it’s not about politics—it’s about people, and it’s about life and death.

Every single person has inherent worth and dignity. When Republicans are going after Medicaid, it’s not an accident. They’re targeting health care cuts for the poorest people in our country, with the least political power. They’re targeting people who are sick, people affected by the opioid crisis, and people across every race who need care.

We won’t go backward, and we won’t stop fighting.

We’re calling on the state Legislature to join other states and codify ACA standards in state law: this would reinforce at least some protections from the ACA including protections for pre-existing conditions and patient rights we’ve come to rely on like out-of-pocket maximums and preventative care coverage.

We’re also clear that we can’t do this anymore as a country. We need a publicly controlled health care system where everyone’s in, and nobody’s out.