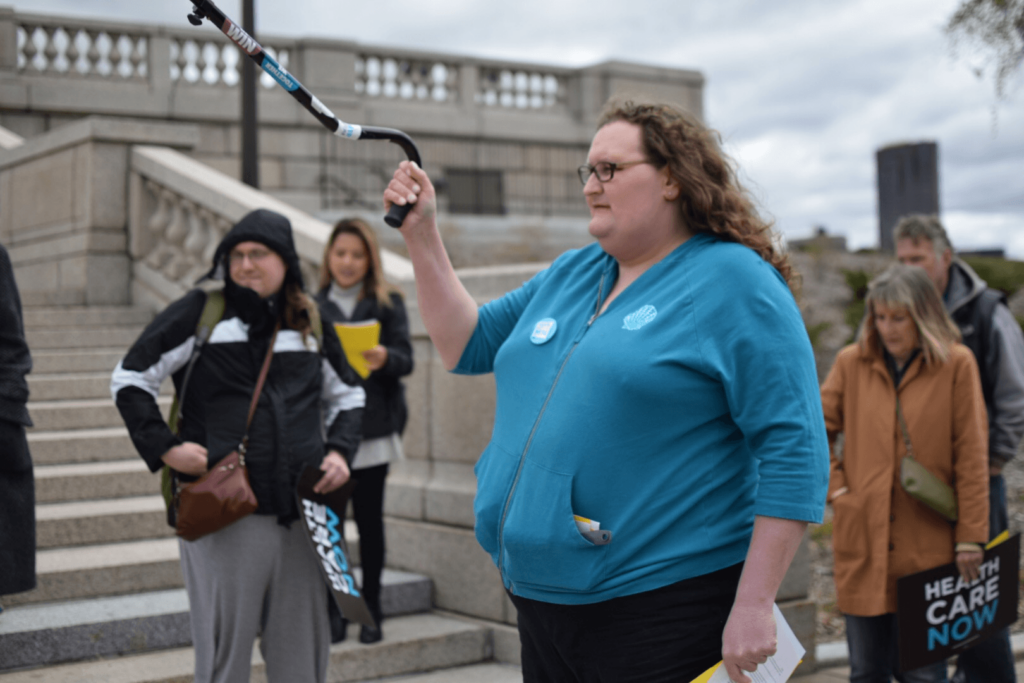 At the end of April, I, along with other constituents in St. Cloud, spoke with Sen. Relph about why the provider tax is so critical to our health. I shared my dental story—how my teeth have rotted because of lack of coverage. Sen. Relph refused to commit to protecting our health care.

Last week, when I saw him at the Capitol, I asked him yet again to vote with the people and protect the provider tax.

Instead of listening to my story, Sen. Relph talked down to me. He raised his voice at me. And then he walked away from me. And all I could think was this: he doesn’t care.

He doesn’t care about me, his constituent.

He doesn’t care about my struggles with health care.

He doesn’t care about the provider tax.

He doesn’t care about Medicaid, or any other Minnesota program that gives us health care that we need.

I like Sen. Relph. I wanted to believe he would advocate for people in St. Cloud. Be a hero. Protect our care. A part of me still hopes that, because I need him to. If the provider tax sunsets, his health care won’t be compromised. But mine will. And so will the health care of over a million Minnesotans.

This isn’t just about my care. This is about all of us. And about making sure that our elected officials are listening to and voting with the people so that everybody in this state has the ability to live a full, joyful life.

Sen. Relph might be done listening to his constituents. But I’m not done sharing my story. And I’m not done fighting for a health care system that works for all of us.

TAKE ACTION TO PROTECT OUR CARE: