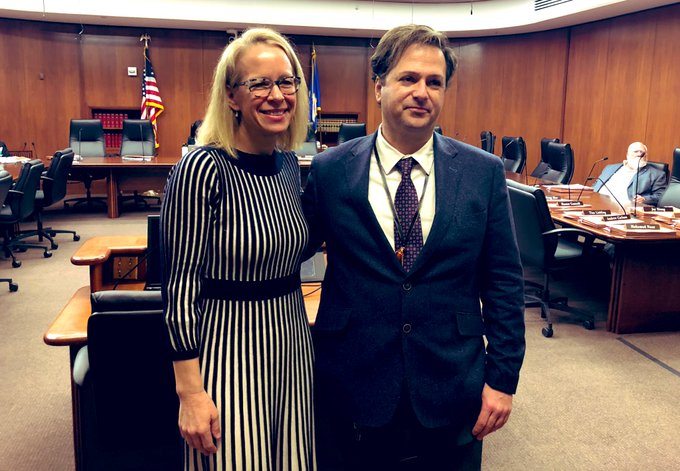 No matter who we are, what we look like, or how much money we have, every person deserves access to affordable medicine. Whether it’s a vaccine or treatment for COVID-19, insulin, or chemotherapy, we’re all at risk when we can’t get the medicine we need.

I have to be honest: It’s been a long time since our government made me cry tears of joy. But last week, when the Minnesota Legislature finally passed the Alec Smith Emergency Insulin Bill, emotions poured out across the country.

Not only did they take on Big Pharma—and win—they proved that it is possible to change the rules.

After the bill passed, James Elliott, a leader for #Insulin4All poignantly tweeted: “Minnesota shows the ‘best lobbyists money can buy’ are the ones not being paid by corporate multi-national companies.” We agree.

Medicine is a public good. So how did we get here?

Life and health should not be for sale.

But for decades in the United States, pharmaceutical corporations have written the rules to make enormous profits while bolstering their spending on lobbying and political activities.

Throughout the #insulin4all campaign in Minnesota, Big Pharma refused to answer a simple question: why was a drug created 100 years ago and patented for $1.00 so that everyone who needed it could afford it end up costing diabetics hundreds or thousands of dollars per month?

The short answer? Corporations influenced the law to make immoral practices legal in order to maximize their profits and returns for shareholders.

With about half of all new drugs being developed by publicly funded tax dollars (including research and development for COVID-19 treatments and vaccines), Americans are paying twice for many medications: once when they pay to develop them and again at the pharmacy. Those profits end up in the bank accounts of the corporations and shareholders who are driving up prices – and killing people – for their own benefit.

While most developed nations negotiate what consumers will pay for medicine, years of lobbying have rigged the rules in the United States. Here, Big Pharma tells insurance companies and other payers how much they have to pay for prescription drugs. This is wrong. Medicine is not a consumer product—it’s a public good.

Out of control drug prices are hurting all of us. We all pay the price either directly, through increases in our insurance premiums, or indirectly, through the toll on our public health system when people cannot get the medicine they need.

As the COVID-19 pandemic continues, universal access to vaccines and treatments is essential. We know Big Pharma will use this crisis to avoid accountability—but change is happening.

There’s a growing movement in Minnesota and across the country to make sure our government is for us – not Big Pharma’s bottom line. From the signing of the Alec Smith Emergency Insulin Act to the progress being made on a drug price transparency bill, change is happening.

But this is just the beginning.

This year, Minnesotans spoke out at the Capitol, sharing their stories about high prescription drug prices.

Our members testified in support of legislation to stop price-gouging and change the rules by establishing a Prescription Drug Affordability Commission: the top recommendation from the Attorney General’s Advisory Task Force to Lower Prescription Drug Prices.

This commission would review and evaluate drug prices and have the authority to set upper payment limits on certain medicines. Translation: the state could its power to stop price-gouging and make sure prescription drugs are affordable.

Even the best drugs in the world won’t work if people cannot afford them.

While this legislation is not poised to pass this year, the groundwork is in place to lower drug prices like other countries around the world already have. With strong bipartisan support behind a Prescription Drug Affordability Commission, this is an example of government working at its best because it’s working for us.

Get involved. Share your story about prescription drug prices today.