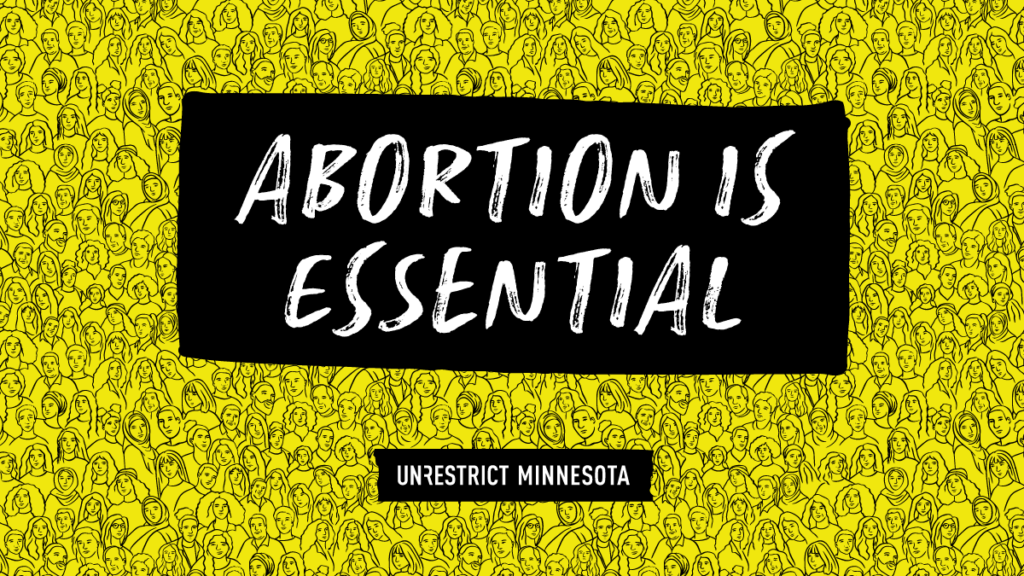 On Wednesday, the Supreme Court heard arguments on Dobbs v. Wade, a politically-charged case out of Mississippi that threatens to overturn Roe V. Wade, the nearly 50-year-old ruling that constitutionalized our right to have an abortion. I’ll be frank: the GOP-aligned SCOTUS Justices – who hold a rigged majority on the court – made it clear: they’re dead-set on stripping us of our right to abortion care.

Anti-abortion activists are ready to pounce if Roe falls, with plans to pass abortion bans in more than half of U.S. states. The truth is, these abortion bans are classist, ableist, and racist, and will make access to reproductive healthcare for people of color and those working to make ends meet even more difficult.

We’re ready to fight back. Here are three ways you can take action now to stand up for reproductive rights:

🚌 Get involved. We’re proud to be part of UnRestrict Minnesota, a broad coalition fighting to protect and expand abortion rights at the state level. As access in our neighboring states becomes increasingly restricted – and even outlawed – more folks will be travelling here for abortion care. It’s never been more important to make sure Minnesota remains a place where abortion is safe, accessible and without stigma. Head over to UnRestrict Minnesota and take action today.

📢 Get loud about abortion rights. We all love somebody who’s had an abortion, and about a quarter of people who can get pregnant have had an abortion. Your story matters. Use the hashtags #AbortionIsEssential and #LiberateAbortion on social media, and talk to your people about the urgency of this moment and the critical need to stand up for reproductive healthcare in Minnesota and beyond.

No matter what happens at the Supreme Court, abortion is legal in Minnesota – and it’s up to us to keep it that way. Together, we can make sure abortion care is accessible, affordable, and free from shame and stigma for all.