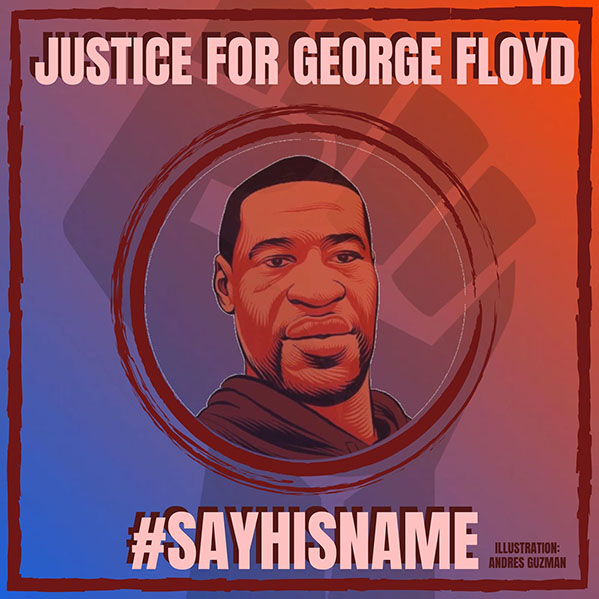 On May 25, 2020, Minneapolis police officers killed George Floyd, setting off a nation-wide uprising and meaningful efforts to reimagine our community safety systems.

On December 30, we ended the year on a heartbreaking note with the MPD killing of Dolal Idd and the horrific treatment of his family in a police raid. We know that MPD is beyond reform, and we knew this was only a matter of time, but we’re still left reeling in the wake of Idd’s death.

Both of these Black men should be alive today.

We continue to grieve and process. Through our pain, we can imagine a better world – a future without a police system. Police officers must be held accountable for murder. Publicly, we must invest in the world we want to live in.

We know many people are looking for ways to act. TakeAction will keep updating this post with calls to action and resources from community partners. If you can’t join in person, commit to learning more about the local and national movement to replace our broken, harmful policing system.

Video: Why We Can and Should Abolish the Police and Prison-Industrial Complex (Films for Action)

If you’re able, give money to support Black-led, community-centered organizing efforts in Minneapolis. One-time donations in times of crisis meet a critical need, but sustaining monthly contributions are what allow grassroots organizations to powerfully and strategically build for the future.  Please consider setting up a sustaining contribution to one or all of these organizations, to power their work for justice even when it’s not in the headlines.