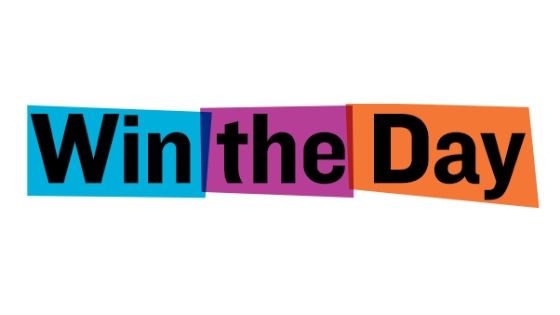 With just over two weeks left till Election Day we know that political campaigning is only going to get hotter and louder.  And some politicians would also like to make it scarier. But we see through that.

Second, not all politicians use it.  When we speak and act from a different, values-grounded narrative, it breaks through, and rings true.

This 2:00 minute ad from the Walz-Flanagan campaign is the perfect example.

But it’s not enough to rely on campaign video to give us the feels.  It’s on all of us too to try to unmask and reground the B.S. that is going to keep piling up over the next two weeks.

In Georgia, Stacey Abrams could become the first black women to be a state governor in U.S. history.  But first, she has to beat her opponent, Georgia’s current Secretary of State, a man responsible for cancelling over 1.4 million voter registrations since 2010.  His history as a vote suppressor has become a major issue in the race.  It’s a sign of what’s at stake and why we’re voting in just 15 days.

And it’s not just in Georgia.  Last week, this tweet went viral when a University of Chicago professor reminded us how conservative roll-backs on voting rights in North Carolina targeted people of color and designed to suppress more progressive voters.

Voting rights are just the type of issue that gets dressed up to look neutral and even innocuous.  Remember the attempt to amend our own state constitution back in 2012? We do.

Proponents put on a good show, but the state saw through it.  We rejected their amendment because it was a thinly veiled attempt to exclude Minnesotans and depress the vote.

Former State Representative Doug Wardlow, for example, just said it straight away: “You’re not born with the innate right to vote”.  He has a radically different vision of who should count and who should belong in Minnesota.

Fortunately, we can once again make a better choice.

Representative Keith Ellison has shown up powerfully again and again.  He has earned and re-earned our trust. He embodies the kind of co-governing relationship that we know is possible in Minnesota.  That’s why we have wholeheartedly endorsed Keith Ellison as our candidate for State Attorney General.  As the People’s Lawyer, he will stand up for voters, not stand in the way of them.

Ideas Worth Fighting For

Some ideas are long overdue.

Since 2015 13 states and the District of Columbia have passed Automatic Voter Registration laws.  These laws streamline voter registration laws by switching to an opt-out system instead of an opt-in system.  If you’re over 18, eligible, and the state has your information, you are automatically registered to vote. It’s really that simple.  You can read the proposed Minnesota law here.

If you have any doubt that this is gathering steam, check out this video from College Humor.  They put Automatic Voter Registration in a wider context that includes state laws, voter suppression, and clown injuries.

Voter suppression is no joke.  We’re committed to expanding who’s in.  Automatic Voter Registration is an Idea Worth Fight For in Minnesota in 2019.

Question of the Week

What are you doing to fight for our future? Let us know by sharing your answer here.

We are organizing, going door-to-door. And we are voting.  Want to join us? Sign-up to reach out to voters before Election Day here. We have shifts every day between now and November 6.

Check out and share our new and improved Busy Voter Guide. You can review our endorsed candidates, find your polling place, research candidates, and make your vote plan all via our new mobile-friendly voter guide. Check it out here.

See you on the doors.