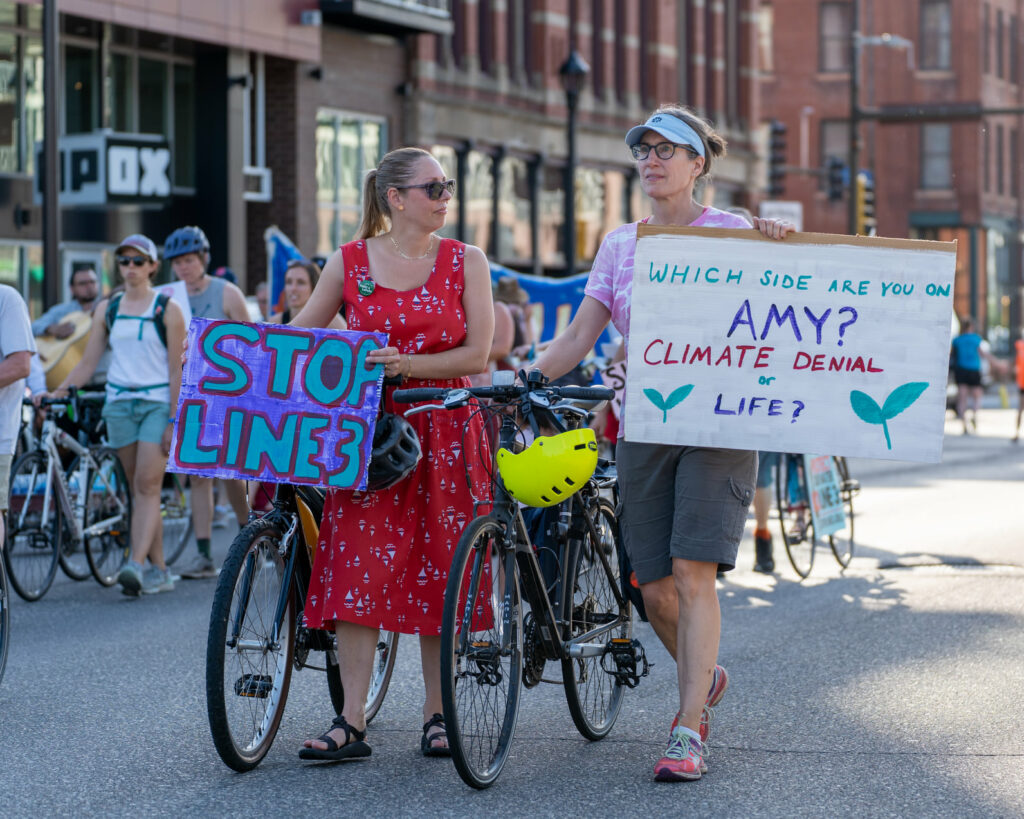 Here’s a run-down of our #StopLine3 Metro rally and march on June 10, what happened next, and actions you can take right now in the fight to #StopLine3.

💥 Actions you can take right now

Enbridge continues to plow forward with construction. We can’t let up. The coming days are crucial because crews plan to ramp up construction starting July 1.

As Winona LaDuke said on June 10, Line 3 is “so last century.” We need and deserve better than dirty fossil fuels and broken treaties.

We have the tools, right now, to respect Indigenous land and ensure everyone has access to clean water and clean air. Our vision for a Just Transition is compelling enough, and beautiful enough, to propel us forward – even when the fight gets hard.

For the water, the land, and future generations – for ourselves – we must #StopLine3.