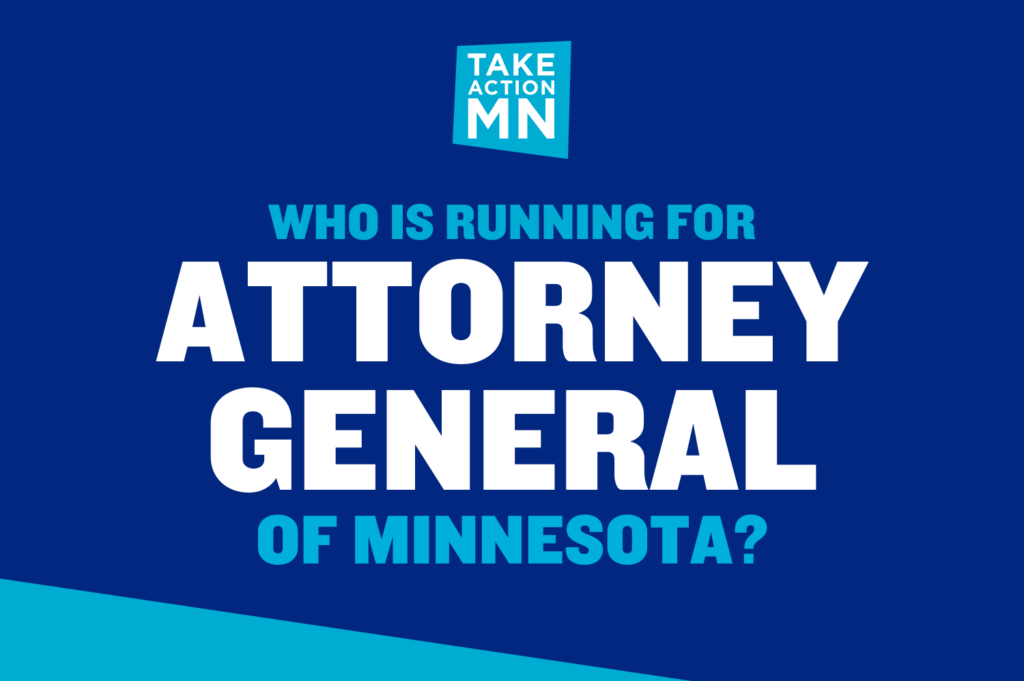 Who is running for Attorney General in Minnesota?

On November 8, 2022, Minnesotans will elect candidates for the Office of the Attorney General, Secretary of State, State Auditor and Governor at the top of the ticket. The entire state Legislature is also up for election. The DFL and TakeAction-endorsed candidate for Attorney General is Keith Ellison who has served as the People’s Lawyer since 2018. His GOP-endorsed opponent is a lawyer for hedge funds, Jim Schultz.

Here’s what you need to know about GOP-endorsed candidate for Attorney General Jim Schultz.

What does the Office of Attorney General do?

Who is Jim Schultz?

Jim Schultz, a hedge fund lawyer and political newcomer, was endorsed by the GOP in May and won his August primary to be the GOP-endorsed candidate for Attorney General. Without any background in public service, we do not know much about who Jim Schultz is but his website and campaign materials give us some insight. Jim Schultz checks all the right-wing boxes without sharing what he will do to improve people’s lives or how he would act on the biggest issues of our time including protection of abortion rights, climate action, racial, gender, & economic justice, police accountability. In his own words, he says he’ll go on “the offense” when it comes to rolling back abortion rights. Schultz also previously served on the board of an anti-abortion organization that spreads misinformation about reproductive health.

Why does this race matter?

Since Roe v. Wade was overturned, states across the country have passed laws prosecuting people who seek abortion–it’s wrong. Attorney General Keith Ellison has made his position loud and clear: he will not be complicit or cooperate with states attempting to prosecute people who travel to Minnesota for an abortion. We cannot expect the same from Jim Schultz, proving he is wrong for Minnesota. The whole GOP ticket includes extreme candidates including the embarrassing Dr. Scott Jensen and Queen of the Big Lie secretary of state candidate Kim Crockett.

What has Keith Ellison accomplished as Attorney General?